“He don’t eat no meat? …Oh that’s OK, that’s OK–I make lamb.” Fear not: I have a recipe for a vegetarian stuffed pepper, too. I’ll link it when I post it. 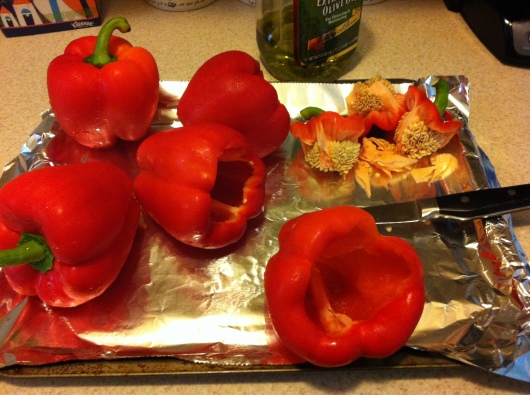 Cut the tops off/core the peppers 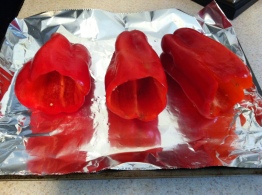 Lay the peppers on a tray with some olive oil 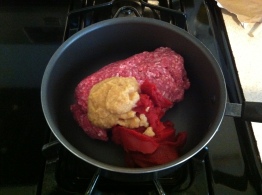 The lamb base in the pot 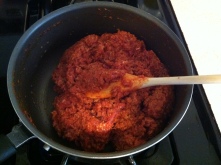 Lamb base as it cooks 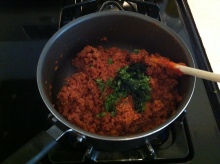 Adding the fresh mint and cilantro 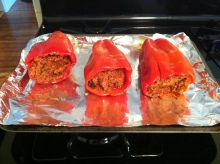 On a tray covered with aluminum foil (so you don’t have extra washing to do), cut the tops off the bell peppers, and core them by removing any excess membrane or seeds. I used red peppers this time, but I occasionally use a mix of red and green. The green ones are more tart, but they do go well with this filling. Drizzle a bit of olive oil onto the peppers, and turn them in it so that all sides have a bit on them. Lay them flat. Now place this in your oven at 350°F until the filling is ready (this will soften the peppers up a bit).

Grab the lamb, garlic paste, and tomato paste. Put these babies in a pot on low-to-medium heat. The trick with this filling is to cream the lamb into a paste with the aid of the other ingredients. Use a wooden spoon to press the lamb against the sides of the pot and turn it, whipping it whenever possible. The lamb will cook very quickly, so you’ll only have to do this for 3-5 minutes. Don’t let it burn; you might want to add a drop of olive oil here and there to keep it moist. Once the mixture is on the verge of browning and is as fine-grained as possible, add the mint and cilantro (coriander leaves, for you Brits–when I moved to the UK, it took me months to realize that they were the same thing). Stir this together with the heat still on, and allow the mixture to brown a bit as you turn it. Give it a taste, and add salt (and possibly some more of the pastes) until you’re satisfied. I like mine pretty salty, so I’ll add a tablespoon of salt to start.

Turn the heat off and take the tray of peppers out of the oven. They are hot, so hold each one in a towel as you stuff it with the filling. Leave a bit of room at the top of each one, because it might drip out as they lay flat on the tray. Put the stuffed peppers back in the oven for 30-45 minutes, until the texture is right for you. I like mine on the soft side, so I always leave them in as long as I can. This dish goes really well with an Israeli salad on the side! 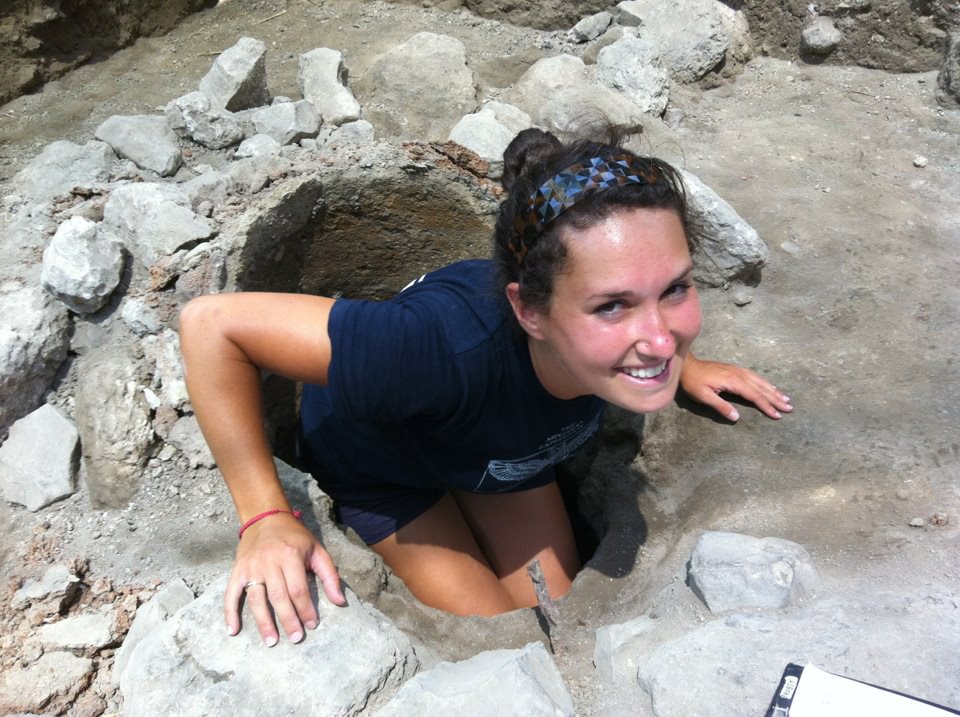